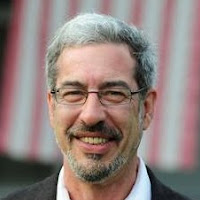 Douglas J. Heller, webmaster of ushistory.org, died on May 25th, 2012, from pancreatic cancer. He was 57. Doug was a tireless advocate for education, and knew the best way to reach people was through the ushistory.org website.

ushistory.org was launched in the very early days of the World Wide Web on July 4, 1995, with America's Most Historic Mile, A Virtual Tour of Historic Philadelphia. Doug, along with his friend Jonathan Schmalzbach and the support of IHA president Mark Biddle, created the design and graphics, adapted the content from a book by Ron Avery, and hand-coded the material. They then added to the content by visiting all the sites listed to take pictures and understand them in greater depth.

The Historic Mile was followed in the next few years by the Historic Documents, the Battle of Brandywine, and the Betsy Ross House. At the footer of one of the early websites is this mission statement:

Our goal is to provide students, teachers, libraries and interested people worldwide with a vivid, exciting and accessible way to learn about the people, ideas, places and events that defined Revolutionary times and to help us understand through history who we are as a people today.

Doug had the unique talent of being able to size up a problem, understand its many aspects, and present it in a coherent, interesting, and thoughtful way. Certainly his most enjoyable part of ushistory.org is the Flag Rules and Regulations section. Tired of Congress constantly proposing a Flag Desecration constitutional amendment, Doug set out to ask the question "What is a flag?" By pointing out all the different interpretations of the U.S. flag that are used in our society and the way most of them violate the (unenforceable) U.S. Flag Code, Doug felt that he helped change the national conversation about flag desecration. He also became an expert in the Flag Code and has helped countless people with their flag questions.

Working with historian Ed Lawler, Doug launched The President's House in Philadelphia site in 2001. Initially meant to highlight the fact that the National Park Service was not interpreting the President's House, which had stood just a block from Independence Hall, Ed's primary source work and the website evolved into a discussion about slavery and the fact that George Washington kept slaves at the house. Ironically, the actual location of the house and the slave quarters is just steps from the building that houses the Liberty Bell. Doug and Ed worked with local advocacy groups, including Avenging the Ancestors Coalition, to bring attention to this information. In December 2010, the National Park Service opened an interpretation of the President's House, including a full discussion of the slaves who lived there.

Doug was a very "behind the scenes" man, using his many talents to educate and help people through his websites. His work was done on a volunteer basis for many years. He worked on a project because it interested and excited him and gave him the opportunity to reach people. In the last few months of his life, Doug was chosen as the Springfield (Montgomery County) Democrat of the Year and honored with the Montgomery County Chamber of Commerce Excellence in Public Service award, and on June 1st, he was given a Tribute by Mayor Michael Nutter of Philadelphia for his work on bringing National History Day Philadelphia to national prominence. Doug was also a co-founder of the digital education company Beyond Books. This company provided online curriculum and content for high school students. The fruit of that work can be seen in the online textbooks published on the ushistory.org site.

Doug was a crossword puzzle creator and editor for 20 years before entering the online world. He remained involved in the American Crossword Puzzle Tournament and can be seen in the movie "Wordplay." He was a brilliant computer programmer and skilled at creating systems to automate everything from crossword puzzle editing to massive website creation and updating. He was active in local politics and served as a township commissioner from 2008-2012. Educated at the University of Rochester in history, Doug was also well-versed in modern art, musical theater (particularly Stephen Sondheim), classical music, and trivia. He loved playing the piano with his family singing at his side.

Doug is survived by his wife, Nancy; sons, Greg and Rob; and stepdaughter, Megan; his parents, Myra and Jack; siblings, Tuvia, Cathy, and Adam; and loving friends and neighbors.

If you would like to help support the continued work of ushistory.org, you can make a donation here.