The British in Philadelphia: Part 1 of 3

The British Occupy the Capital

On September 26, 1777, the British marched into Philadelphia. In anticipation of their arrival, many patriots and businessman had abandoned the city. Exacerbating matters, Washington's soldiers had looted Philadelphia, taking anything that might have been of use to the British.

Those citizens who remained were mostly a mixture of Loyalists, Quakers, and the poor. Three fourths of the population were woman and children. Most looked forward to British rule — after all they had always considered themselves loyal English citizens. Moreover, they had long chafed under the excessive zeal of the American patriots who had been running the city.

British officers quartered in the finest houses, merchants from other towns started moving in, and the occupying Englishmen established a puppet government composed of local residents loyal to the crown. 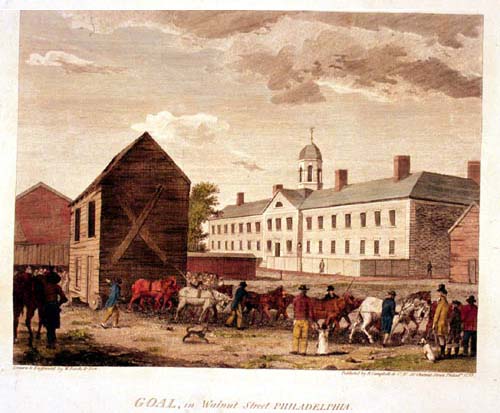 A City in Turmoil

But the city was in turmoil. Churches were turned into hospitals, tending the wonded from the Brandywine and Germantown battles. The Walnut Street Jail was filled with American prisoners of war. Food, clothing, and firewood were scarce, thanks to an effective American supply blockade.